Fifteen Minute Recipes for One 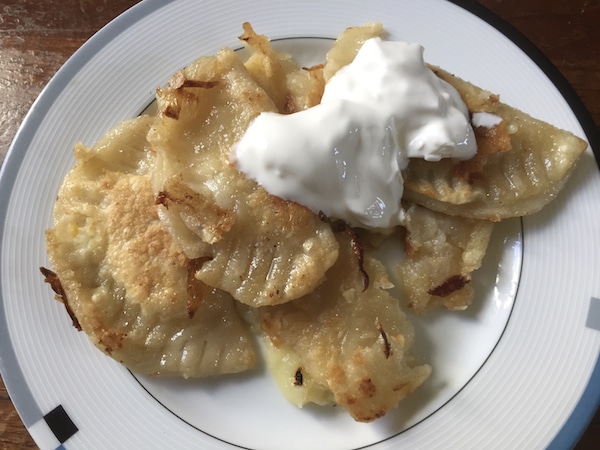 I normally wouldn’t post a recipe like this. It’s got several stages, and it’s time- and labor-intensive. And that’s usually a problem. Because we’re all running home from work and don’t have the mental bandwidth or energy to make complex recipes. However, these aren’t normal times. So, I thought I’d try my hand at making Polish potato pierogi from King Arthur’s recipe.

If you’re not familiar with pierogi, they are Polish dumplings, filled with potato or potato and cheese, meat, or even sauerkraut. Funny how every culture figured out some variation on this!  The original recipe was for potato and cheese, but I was low on cheese, so these are just plain mashed potato.

First you make the dough, then the filling, then boil them, and finally fry the whole thing in some oil with onions. I’ve cut down the recipe so it makes about 24 pierogi instead of 42. You can eat some right away and freeze the rest for later. Or do it in stages, and start the dough, then make the filling and assemble the pierogi another day, and finally cook them on a third day.

Here they are before cooking. 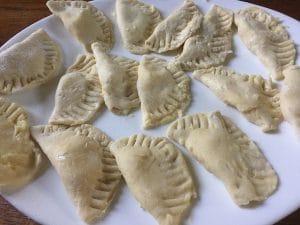 And here they are after. 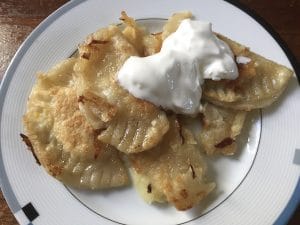 Polish Potato Pierogi for One Person

*Break the egg into a small bowl.  Mix it gently with a fork.  Then pour off half into the flour mixture. Save the rest for an omelette or frittata. 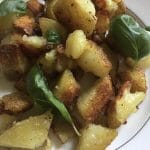 Crispy outside, fluffy inside and full of flavor. These are much easier to make than fries (and less messy) but taste, dare I say, even better. 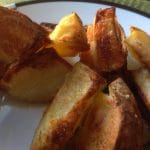 These always make me smile. My grandma used to make them for me when I was little.  They are baked, not fried, but still give you that French fry crispiness. 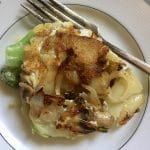 Frittata Recipe for One Person

Use the rest of the egg to make this frittata. It’s an Italian “omelette” with crispy potatoes on the bottom (like a crust), then topped with eggs and lots of veggies.