Shoemaker’s Chicken (or Chicken Scarpariello) is a classic Italian dish that isn’t really Italian at all. The true story goes something like this: Italians come to America and start adapting and creating new recipes, they become popular, a new tradition is born.

“Authentic” or not, it’s still delicious, flavored with a sweet/sour pan sauce that cooks right with the chicken.  One pan, minimal cleanup. Always a good thing.

There, are (naturally) plenty of variations on this dish, from just simply cooking it with olive oil, wine, and lemon to adding sausage and peppadew peppers.  Well, I didn’t have any sausage. I also didn’t have the right peppers, and since a) I didn’t want to get some for one meal or b) burden you with getting a whole jar of something for one meal, I used ordinary bell peppers instead. Then I added a bit of vinegar and a pinch of sugar to approximate the peppadew flavor.

Also, I used two different recipes as a starting point. The first one, from Bon Appetit,  called for browning the chicken in a skillet and then transferring to the oven to finish, The second one, from Pierre Franey’s 60 Minute Gourmet cookbook, cooked it all entirely in the skillet. My skillets are old, and I’m not entirely sure how oven-safe they are.  So, all-on-the stove top it was!

I did, however, make the potatoes suggested in Bon Appetit’s recipe.  That was just simply heating the oven to 450, then cutting a large Yukon potato into chunks, tossing it with 1 T of olive oil, salt and pepper and baking for about 20-25 minutes.

Shoemaker's Chicken for One 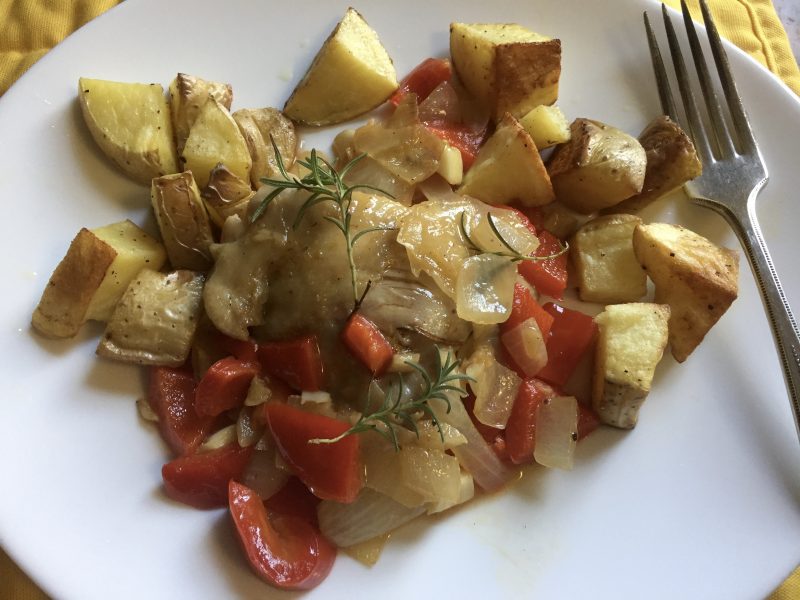 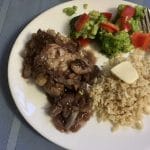 A streamlined version of a French classic (with an “easy” button).  Ready in under an hour, with only one pan to clean. 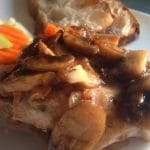 The perfect solution when you want food fast.  It makes its own sauce, right in the pan. 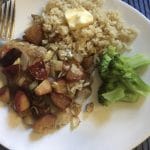 Perfect for summer, bathed in a sweet, tangy sauce with just a hint of savory warm spiciness. And super simple to make. 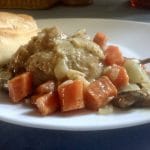 Chicken with Tarragon and Mushrooms

Fancy French food (without going out, or paying a big bill). Increase the recipe, make it for company, and they’ll think you’re a food genius.  Or, keep it all to yourself. 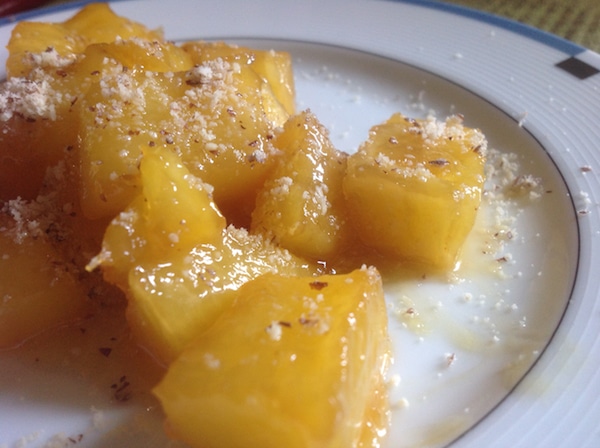 I love chocolate, but sometimes it keeps me awake at night. So, I’m always on the lookout for delicious desserts that don’t take a lot of time to make, especially in warmer weather when I don’t want to keep the oven on for a long time.  Caramelized pineapple chunks hits the spot perfectly.  It’s only got four ingredients and takes only about 15 minutes to make. Perfect!

This is a dessert that’s sweet, fruity, and seems decadent (but isn’t really). The pineapple chunks are cooked with just a bit of butter and some brown sugar to form a rich brown caramel sauce.  The rest is basically fruit (and optional nuts).  It only takes a few minutes to make, so you don’t have to stand over the stove for half the day.  The original recipe called for rum (which I didn’t have), so I left it out.  If you do have it, by all means use it.  Dark rum would be best.

You can also garnish it in different ways. Top it with some chopped pistachios, or crushed almonds.  Or, add some strawberries (one fruit is good, two fruits are even better).  It’s both sweet and somehow savory at the same time.

While you can use a fresh pineapple, then you have to worry about using up the rest of it.  I got around this problem by going to the market and getting cut up chunks of fresh pineapple. It’s much easier, less cutting, no mess, and no concerns about eating the rest of it before it spoils (which would be a shame!).

If you can’t get the fresh chunks, you can use the canned variety in a pinch. Just make sure to get the kind in juice, not in syrup.  If you use the canned version, cook the pineapple in the juice from the can (if you like) instead of orange juice.

One thing, don’t walk away from it. Leave it in the pan too long and the sugar will burn, making a terrible mess (ask me how I know this).

If you want, you can make the whole thing in advance and eat it the next day. It’s better slightly warm or at room temperature, so let it sit out for a while to warm up before you eat it.

Rich caramel sauce, fresh pineapple, and a touch of butter for an easy quick dessert. 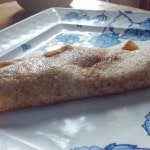 Crepes are hard. Using a tortilla instead is easy. Lightly cook the pears in butter, add cinnamon and sugar, and roll into the “crepe.”  Brandy would be good too. Or pear liqueur. 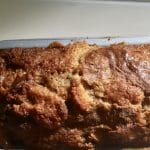 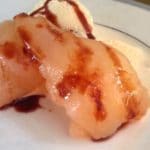 Gently cooked in butter, drizzled with chocolate sauce, and garnished with ice cream.  An easy dessert you can enjoy just for yourself (or with company). 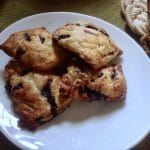 Packed with blueberries, these homemade pies fit in your hand. You don’t have to cut it or get a plate. Just pick one up and eat.